For over 90 years, Orange Park Acres has prided itself in being the official equestrian destination of Orange County. This unincorporated community surrounded by the city of Orange exhibits a nostalgic sense of neighborhood and rural tranquility that is tough to come by in Southern California. Thanks to year-round festivities and the stalwart Orange Park Property Owners Association, this small community continues to preserve their unique way of life, sometimes fighting against powerful odds.

Orange Park Acres is a horse-driven community with 20 miles of horse trails amid the bustle of Orange County. While many communities would be seeking improvements for sidewalks and street lights this is the way OPA residents prefer it. 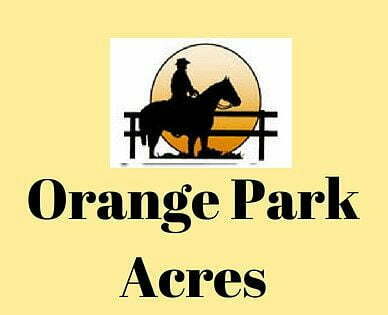 Orange Park Acres currently consists of ten distinct and unique neighborhoods, most of which were built in the 1970s. 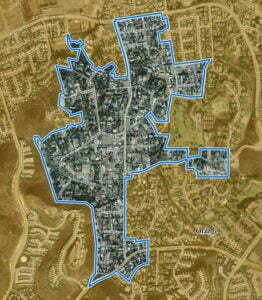 This 202 home gated community contains two small lakes, a pool, a playground, and a horse arena and stables. Located on the edge of Orange Park Acres, the neighborhood is just a walk across the street away from Orange Canyon Center, a small shopping center where residents can buy groceries, get a haircut and pick up their dry cleaning from local small businesses.

Built in 1979, High Horse Trails contains 140 homes and an equestrian facility. Residents here also have easy access to the Orange Canyon Center, which was constructed in 1984.

As one of the several developments built in 1978, this neighborhood added 24 half-acre homes to Orange Park Acres in 1978. Many of the homes have since been demolished and replaced with newer houses.

As one of the few neighborhoods in Orange Park Acres without gated entry, Lazy Creek was built in 1978 and consists of 35 spacious ranch style houses sprawled across acre lots. The looping design of the community’s roads keeps the homes feeling as quiet and isolated as the surrounding gated areas.

This neighborhood, the last of many developments built in 1978, consists of 83 homes. Lucky for residents, the award-winning Orange Hill Restaurant is just around the corner, serving up fresh high-quality food and a legendary brunch.

Created in 1972, Orangewood (originally known as Grovewood) was one of the first organized neighborhoods to pop up in Orange Park Acres, with a modest 35 homes.

Located right next to Broadmoor Park, this ungated neighborhood features 48 homes on one-acre lots. Some homes even include private stables.

This ungated community of 36 one-acre homes has been nestled in the center of Orange Park Acres since 1975. Saddle Hill Ranch shares Broadmoor Park’s horse arena and homeowners’ society.

While its name implies total rusticity and seclusion, The Wilderness community is anything but lonely. This tight-knit neighborhood of 100 homes also offers equestrian facilities and riding trails.

OPA is part of unincorporated Orange County but completely surrounded by the City of Orange. This puts OPA within Orange’s sphere of influence and effectively means there is considerable coordination, negotiation and dealings with Orange. Additionally, parts of areas that are generally called Orange Park Acres are actually located within the City of Orange.

Orange City Council: The city is governed by five council members each elected for four-year terms. One council member each serves as Mayor and Mayor Pro Tem.

Orange Park Acres holds many events throughout the year. Some of these events are annual and others are one time activities but OPA is always planning festive events for the whole family to enjoy.

Denim & Diamonds –  In May, Orange Hill Restaurant hosts the popular recurring event Denim & Diamonds, a sophisticated dinner and wine event. The evening wraps up with live music from the Kelly Rae Band, a country group who has performed with big names such as Miranda Lambert and Melissa Etheridge.

4th of July Races & Parade – On the 4th of July, residents turn out in droves for the beloved community parade. The parade is preceded by the annual 4th of July Pre-Parade 5k, which welcomes runners and walkers of all ages for some scenic exercise. More advanced runners compete in the 10k Epic Challenge, which leads participants through the trails and backcountry of the Orange Park Acres neighborhoods.

Family Picnic – The annual family picnic offers free burgers and hot dogs, a petting zoo, bounce houses, classic picnic games, and more all held at the Salem Lutheran Lawn. Bring a side dish and drinks to share and chairs and picnic blankets to relax and enjoy a day of community food, fun, and games.

Fall BBQ & Auction – Community members with tickets can gather at Sanford Meadows for dinner, dancing, and an auction. The Kelly Rae Band will once again regale the crowd with their lively music.

Of course, no true equestrian community would be complete without an arena. In 1992, director of the Orange Park Association Mara Brandman successfully negotiated for a plot of land on which the Sully-Miller Arena was built. The arena was renamed in 2011 in honor of her contribution to the community.

The arena is open seven days a week, with the exception of rainy days. It hosts many events throughout the year, including monthly gymkhana shows from April through October and cattle sorting. The four-part Way Out Western Horse show opens the arena to nonmembers, offering classes and casual competition to riders of all levels for a low fee.

Ridgeline Country Club was the central hub of activity in Orange Park Acres for over 40 years. Its 14 tennis courts, nine-hole golf course and driving range, lounge areas, gym, and pool invited local residents to stay both physically and socially active in their community. The Orange County Tennis Academy and Golf Academy junior programs drew families from all over Orange County with their top-notch tutelage. The Club was purchased by an investor group, who closed the golf course in 2006 and the rest of the amenities several years later, in hopes of repurposing the land for residential development.

In 2006 Milan Capital purchased the Ridgeline Country Club with plans to create a residential development with the designated open space land. Most Orange Park Acres residents were opposed to the development and took landowner Milan Capital Management to court.

In December 2016, after the losing case was appealed and moved up to the State Supreme Court, the development was finally shut down. After six years of conflict, in December of 2017 the Orange City Council finally reversed the 2011 decision that opened bids on the vacant land for residential development, ensuring that no such debate would again arise in Orange Park Acres. In 2017 the City of Orange officially re-classified the land from residential to open space ensuring the 47 acre property will continue as recreational open space.

Currently a developer, Milan Capital, owns the land and has plans for a 129-unit housing tract to the opposition of neighboring Mabury Ranch, Jamestown, The Reserve and Orange Park Acres communities. In order for this to process Milan needs the City of Orange to re-zone the property residential (r-1-8), which would enable five units per acre. The residential construction would occupy approximately 40% of the 109 acres between Santiago Canyon Road and Mabury Avenue while the remaining 60% of the property would be restore natural open space with a series of multi-use trails running through it.

All communities involved continue to negotiate with Milan Capital and the City of Orange towards a resolution which most likely will be a housing plan similar to what has been proposed with trade-offs such as open space developments.

Coyotes are a primary concern in this area with the creek nearby and the open, natural spaces. Residents are advised not to leave small animals outside unattended. Coyotes easily scale 6-foot walls and dig under fences, often finding  other creative ways to get to pets.

Other animals do pose a threat, though in much rarer instances, and include mountain lions, bobcats, raccoons and skunks. These animals are known to wander away from their homes in the creek and Santiago Oaks Regional Park and into the surrounding residential areas.

The Orange Park Property Owners Association was organized in 1953 to protect the 150 families living in the community from annexation into the City of Orange. In the years since, several battles have ensued to ensure that Orange Park Acres could maintain its slow, rural existence.

Currently, governing jurisdiction is split almost evenly between Orange County and the City of Orange. The City has sought to annex all the land, assuring homeowners that sidewalks and streetlights will not be added, trails and the Handy Creek will not be affected, and animal-keeping regulations currently held by the community will not be impacted.

Orange Park Acres, due to its dry inland climate, has seen its fair share of fires. In its early years, the community had its own volunteer fire fighter station, which was replaced by the Orange County Fire Authority.

Fires have escalated in the last decade because of drought conditions, high Santa Ana winds, and hot summer temperatures. The Windy Ridge Fire of 2007 scorched a little over 2,000 acres in the area and prompted the evacuation of some Orange Park Acres residents. A July 2015 brush fire that ignited near the 241 toll road consumed 180 acres and five structures. But these fires were only a small glimpse of the damage that could be inflicted on the community. In the fall of 2017, the Canyon 2 Fire raged across the greater Orange area, consuming 24 structures and nearly 8,000 acres of land. All homeowners and their horses and other animals were evacuated safely, but a few returned to a barren patch of land where their home and stables once stood.