You are here: Home / Crime Reports in Villa Park

Recent crime activity in Villa Park, CA including the the police blotter, crime reports , crime mapping and analysis and concerns by the Sheriff’s Department.

Call all suspicious activity into the Sheriff’s Department dispatch center at 714-647-7000. Of course, if you are witnessing a crime in progress, call 911. Please call before going to a substation to file a report.

on map above to see details of incidents and click on each marker.

7/16/2019– OCSD Villa Park Statement: “Tuesday evening we received a call reference a suspicious subject sleeping on someone’s front lawn. As units arrived on scene, they saw a parked motorcycle next to the subject. When questioned, he admitted to riding it before laying down but then the subject became uncooperative and ran away from Deputies. With the assistance of the OCSD K-9 Unit, OCSD – North Patrol and “Angel”, Anaheim Police Department’s helicopter, a perimeter was established, and the suspect was found hiding nearby. The motorcycle returned stolen out of the Costa Mesa Police Department’s jurisdiction.

The suspect was arrested for possession of a stolen vehicle, False Impersonation, and Delaying & Obstructing the Duties of a Peace Officer.

Thank you to our residents for remaining vigilant and reporting suspicious activity. This all started with one phone call to us.”

7/10/2018 – FTC Warning: While plenty of successful relationships begin online, scammers also use online dating sites, apps, and chat rooms to trick you into sending them money. These imposters create fake profiles to build online relationships, and eventually convince people to send money in the name of love. Some even make wedding plans before disappearing with the money. It’s a big problem: reports to the FBI about online romance scams tripled between 2012 and 2016, and imposter scams were among the top reports to the Federal Trade Commission for both the general population and the military community.

5/8/2018 – At approximately 3:10 pm in Villa Park on the 19400 block of Mesa Dr. reports of shots fired and a deceased 56 year old male (suicide). Residents reported multiple police cars, helicoptors, a CSI vehicle, coroner and tape across a driveway of a home on Mesa Dr. Neighbors have also reported that the house was under law enforcement surveillance for the past two months until surveillance stopped about a week and half ago.

A message from the Chief of Police regarding incident:

OCSD deputies at about 3:10 p.m. Tuesday responded to the 19400 block of Mesa Drive reference a deceased male. At this time, the death does not appear to be suspicious. A full investigation by the Orange County Coroner Division is pending. The Orange County Sheriff’s Department offers our condolences to the family members of the deceased. We also ask that members of our community respect the family’s privacy at this time. 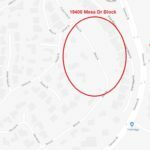 Three thefts occurred – two were petty thefts, one being a shoplifting incident in the Towne Centre, in which a patron walked out of a store without paying for merchandise.

A third theft involved a surf board stolen from the back of a truck. The surf board was subsequently found by police in another city and returned to the owner.

An arrest was made, thanks to an alert to OCSD by a resident, of a vagrant sleeping on a bench in the Towne Centre who was found to be in possession of heroin and items stolen in household burglaries in the cities of Orange and Anaheim.  The person was taken into custody as a result of the report.

11/23/2017: 12:40 pm – 19000 Blk Ridgeview RD – Suspicious persons reported which resulted in a car chase and 2 suspects dead from a crash. A pillow case with a laptop and jewelry was thrown from the car prior to the crash. More details on this incident were reported by the OC Register.

11/1/2017: 9100 Blk Smoketree Lane – Residential burglary, entered through window in the evening.  4th of 4 burglaries on Cerro Villa within 30 days (residence backs up to Cerro Villa).

10/6/2017: 4400 Blk Cerro Villa Drive – Residential burglary, The perpetrators smashed sliding door and threw 2,000 lb safe down hillside to the street. Approximately 8:15 PM. 2nd of 4 burglaries on Cerro Villa within 30 days (this is Orange but Villa Park is on the opposite side of road).

Note: These are not added to the map until the Sheriff’s Crime Analysis report is complete.

07/19/17: 18000 block of Rosenau Circle, forced entry through side gate and rear garage door, loss of multiple computers and cash.

06/19/17: 10000 block of Carmel Drive, suspect entered through a rear bathroom glass door, a small safe was broken into and numerous items taken.

05/11/17: 10000 block of Center, home is under construction, secured with a chain-link and bike lock. Suspect cut the chain link and took two drills.

05/04/17: 10000 block of Flintridge, suspect walked through a doorway in an unsecured home, which was under construction and removed tools.

05/03/17: 18000 block of Taft, a camera and a phone charger were taken from an unlocked vehicle parked at Villa Park High School.

09/04/17: 17000 block of Tacoma Circle, a few hundred dollars and other items were taken from a vehicle parked on the driveway. No signs of forced entry.

06/20/17: Wanda and Santiago, suspect had numerous shoplifted items in a purse.

**These statistics are not the official ones from the Crime Analysis Unit. All reports have not been turned in, thus some crimes may be changed to reflect the actual crime. These statistics were taken from the OC Sheriff’s internal computer reporting system which is updated as calls come in.

***These statistics are not consistent with the blotter. The blotter are all the calls received through dispatch. Sometimes those calls do not result in a part 1 crime. For example, on the blotter you may have read: “home burglary alarm, audible.” this can mean that it was a false alarm and no burglary occurred.

After dialing 1-714-647-7000 and receiving the “Thank you for calling the Orange County Sheriff’s Department” automated response, continue long enough to indicate the language in which you wish to continue.  That will lead you into the main menu which asks that you have “paper and pencil ready as the menu has changed.” At that point, just press 9 on your keypad.  Response will be, “to be transferred to the Sheriff’s Office, press 1. ”  That will take you immediately to Dispatch, where you can report your concern directly to an agent.

Remember to get as much information as you can before you call, i.e. a description of the individual, vehicle, what representations were made, etc.

Please continue to call Dispatch whenever you have a concern about a situation, or 911 in an emergency. 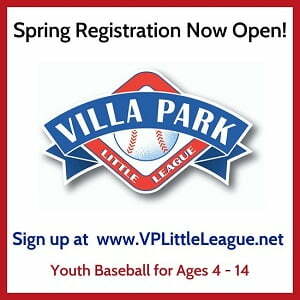