You are here: Home / Mabury Ranch

Mabury Ranch is an Orange, CA community with picturesque rolling hills interlaced with walking, bicycling and equestrian trails and is nearby to many shopping centers, freeways, medical facilities, schools and churches. Mabury Ranch offers quite a few different footprints and floor plans from single story homes to large 2 story homes with room additions, vaulted ceilings, pools, RV parking and more.

This planned community is situated in an exclusive area in the eastern foothills of Orange, adjacent to Villa Park, west of the Santiago Oaks Regional Park and South of the Parkridge and Crest De Ville communities. Mabury Ranch borders the streets of Serrano Avenue to the north, Cannon Street to the north and Orange Park Blvd. is the last entrance to the east.

The Mabury Ranch development features landscaped street medians, street entry signs, wall treatments and pedestrian, bicycle and equestrian trails. There are many cul-de-sacs and closed loop streets. The rural residential neighborhood is next to Santiago Creek with trails leading to Santiago Oaks Regional Park and into Irvine Regional Park. There is also direct access to the Santiago Creek Bike Trail which is an 8.5 mile trail extending from Mabury Ranch, through Orange, several parks and all the way to the MainPlace mall in Santa Ana. 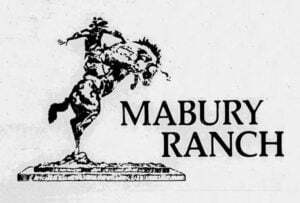 Mabury Ranch had several phases of communities which included:

While not a part of the Mabury Ranch HOA, Hidden Creek is a gated community of 16 custom homes located within Mabury Ranch and resting alongside Santiago Oaks Regional Park. The homes are on large lots (greater than 20,000 sq. ft.) with private rear gates that open to miles of hiking/horse/mountain biking trails that extend clear to Irvine Park.

Mabury Ranch is part of the Orange Unified School District.

OUSD also has Open Enrollment which is for students who would like to attend a school other than their school assigned based upon their area of residence. It’s not guaranteed but many parents in Mabury Ranch have successfully sent their kids to other OUSD schools.

There is also a Mabury Moms group plus many events hosted by the City or Orange and greater Orange County.

Orange City Council: The city is governed by five council members each elected for four-year terms. One council member each serves as Mayor and Mayor Pro Tem.

The property immediately adjacent to and South (across Santiago Creek) of Mabury Ranch is the Sully Miller property. This 120 acre property (109 acres between Santiago Canyon Road and Mabury Avenue) had historically been used by the Sully-Miller Materials Company for the mining and production of sand and gravel and as such has a Sand and Gravel zoning for much of the property.

Currently a developer, Milan Capital, owns the land and has plans for a 129-unit housing tract to the opposition of neighboring Mabury Ranch, Jamestown, The Reserve and Orange Park Acres communities. In order for this to process Milan needs the City of Orange to re-zone the property residential (r-1-8), which would enable five units per acre. The residential construction would occupy approximately 40% of the 109 acres between Santiago Canyon Road and Mabury Avenue while the remaining 60% of the property would be restore natural open space with a series of multi-use trails running through it.

All communities involved continue to negotiate with Milan Capital and the City of Orange towards a resolution which most likely will be a housing plan similar to what has been proposed with trade-offs such as open space developments.

Up until 1990s Serrano Avenue dead ended at Orange Park Blvd. where Mabury Ranch ended. Traffic also dead ended on Cannon and Loma St. Unfortunately since these roads were opened up to enable cars to get to Anaheim Hills, Yorba Linda and Riverside County traffic in this area has significantly increased and it only continues to get worse. Morning and night time rush hours can be very congested. There are plans to improve the Cannon and Serrano Street section with more lanes but that most likely will only be a short term solution as traffic continues to increase. If you’re looking to move to the area we’d recommend checking out the rush hour times.

The Mabury Ranch area is susceptible earthquakes, fires and flooding. The community backs up to the Santiago Creek which makes the area more susceptible to both fires and floods. While the creek looks non-threatening and there are flood controls measures (e.g. Santiago & Villa Park dams) in place it’s still a possibility. The last major flood in the area was 1969 when water flowed over the Villa Park dam. Fires are a bigger concern with the last evacuation due to a fire threat that took place in 2017 with Canyon Fire 2 that burned homes down across the creek.

Coyotes are a significant problem in this area especially with the creek nearby. Pets are not advised to be left outside unattended. Coyotes can easily scale 6 foot walls, dig under fences and find many other creative ways to get to pets.

Other animal threats in much rarer instances are mountain lions, bobcats, racoons and skunks. These animals live in the creek area and Santiago Oaks Regional Park and have been spotted venturing into the residential areas surrounding the creek.

Mabury Ranch is named after the Mabury Ranch that started in the late 1800s in Orange County and was started by Hiram Mabury. There were actually several Mabury Ranches located across California due to Hiram’s vast land holdings. Mabury was also a significant stockholder in First National Bank of Los Angeles, the Garden City Bank and Trust Company of San Jose, Salinas City Bank of Salinas, and the Bank of Santa Ana. He also founded the first bank in Orange County, The Bank of Anaheim, in 1876. Mabury’s ultimate goal was to create a chain of financial institutions from San Francisco to San Diego.

In addition to his bank interests Mabury owned large acreage and ranches in Orange, Kern, San Diego, and Alameda counties.  At one time the Mabury Company owned 400 acres between First and Seventeenth Streets and Mabury Street and Tustin Avenue. The ranch was primarily Valencia orange groves. In 1913, a good portion of the ranch was sold by Mabury’s daughters and sub-divided from five to forty acres. However, the area continued to be known as Mabury Ranch. Throughout the 1900s the Mabury Company would continue to re-purchase, sell land and lose property to annexation in the area. In 1970 the Mabury Company would sell their last significant holding of 175 acres in Santa Ana to developers.

Both spellings are commonplace but the correct spelling is Mabury Ranch even though print publications have been getting it wrong since the late 1800s.