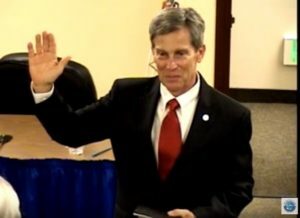 The election results are not official but unofficially Crystal Miles and Chad Zimmerman will be newly elected City Council members. Robert Collacott will be sworn-in for a second term and Vince Rossini and Robbie Pitts will continue to serve their terms, as they were not up for re-election. It is anticipated that the election results will be certified early, by December 3rd, in time for a swearing-in ceremony for new councilpersons on December 4th.

Will the new city council deliver on campaign promises to end the political divisiveness and follow established protocol to elect Vince Rossini as mayor and Robbie Pitts as Mayor Pro Tem? Established protocol is that the Mayor Pro Tem, Vince Rossini, would be elected Mayor. While Robbie Pitts, who has not served either role, would be the next Mayor Pro Tem and subsequently the next Mayor. Under this tradition all City Council members serve a year as Mayor Pro Tem and then Mayor. This protocol has been followed since Villa Park’s inception over 55 years ago and the very few exceptions are littered with political infighting.

Most recently this occurred in 2016 when Diana Fascenelli nominated Rick Barnett as Mayor Pro Tem over Bill Nelson. Barnett had already been Mayor and Mayor Pro Tem and by protocol it should have been Nelson, thus injecting political divisiveness over established protocol. In 2014 protocol was followed when in-coming City Council members Nelson and Collacott voted for Fascenelli as Mayor, after having served as Mayor Pro Tem.

Some might question why this is the practice but there is little political advantage to not follow protocol while risking political discord to start the new City Council era. Villa Park is under California General Law and has a council-manager form of government. The position of “mayor” present in this type of government is largely a ceremonial title, and is selected by the council from among its members. The mayor presides over city council meetings and signs all ordinances and resolutions adopted and contracts approved by the City Council. The mayor cannot directly appoint or remove officials, and lacks veto power over City Council votes.

As is also tradition Villa Park residents and city officials will bid farewell to Bill Nelson and Diana Fascenelli. Nelson decided not to re-run for election while Fascenelli lost in the November election, in her bid for another term.