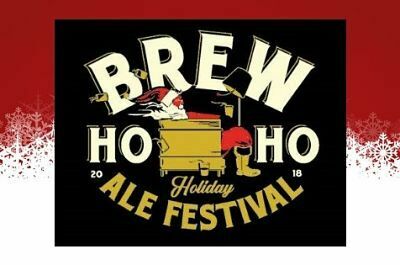 The annual Brew Ho Ho Holiday Ale Festival will be postponed until further notice. The festival is held at the Phoenix Club in Anaheim, a popular German restaurant and dance hall.  The event includes unlimited tastings of more than 100 craft beers. More than half of the selection will be seasonal, holiday and winter ales. In addition to unlimited beer tastings, there will also be a shopping expo with craft beer and merchandise available to purchase unique gifts for yourself and all the special people on your holiday gift list. There will be many food vendors and food trucks available to purchase delicious snacks like hot wings from BrewWings, pulled pork sliders from Chef TLC’s Sidewalk Cafe, and burgers and fries from Slater’s 50/50.

Ticket holders for the Brew Ho Ho Holiday Ale Festival will receive a commemorative festival glass for tastings. Hang on tight to it, as replacements will not be given out. Replacement glasses may be available to purchase for $5.00 if supplies are available. Designated drivers may accompany ticket holders and will be admitted to the festival for $20 at the door. Parking for the Brew Ho Ho Festival will be available at the Honda Center for $20 per car.

Here is a map of all Orange County Breweries, Brewpubs and Restaurants serving craft beers.